Showing posts from August, 2009
Show all

- August 26, 2009
"Lord, all my desire is before You; and my sighing is not hidden from You." Psalms 38:9 "Look Dad!" my grandson said to his father as we were sight-seeing in the city. My grandson had found under a tree, almost blending in with the dirt and grass, a piece of Lego! Now grant it there were hundreds of people passing by this very spot (as it was some kind of festival going on in the park), but his eyes somehow zeroed in on this small piece of plastic just lying there. He grabbed it up and as he and his father were inspecting it, I was wondering what kind of germs were on it! After inspection it was decided, he had indeed found a treasure...something of value to him, something that he could use in his collection of many, many, many pieces of Lego. To me, not a Lego enthusiast, and to others passing by that very spot that day, it seemed to be an insignificant piece of plastic , if they even saw it at all. But to him, a very smart and bright kid with engineer tendenci
Post a Comment
Read more

But the eyes of the LORD are on those who fear him, on those whose hope is in his unfailing love. Psalms 33:18 Yesterday after being stuck at home waiting for a repairman, I clicked on the TV. It was rare for me to be at home that time of day so to pass the time I decided to take a look at what daytime TV had to offer. Flipping down the TV guide my eyes spotted “The Baby Story”. Hmmm I have not seen that in a while and I love watching those sweet little babies coming into the world. A sure pick me up on a sort of “down in the dumps” day. As I watched the show and listened to the interviews with the mother and father about the pregnancy, it gave background on both sides of the family (I love that kind of stuff). They also introduced their first born son who is as cute as a button and already knew that a new baby brother was sleeping in mommy’s tummy. What a nice family and what joy I began to feel just watching them prepare for the baby to come. As the show moves to the delivery sce
1 comment
Read more 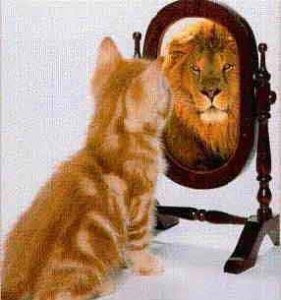 But whenever someone turns to the Lord, the veil is taken away. For the Lord is the Spirit, and wherever the Spirit of the Lord is, there is freedom. So all of us who have had that veil removed can see and reflect the glory of the Lord. And the Lord—who is the Spirit—makes us more and more like Him as we are changed into His glorious image. Corinthians 3:16-18 Change…is a good thing. But why do so many of us fight and resist it? You can hear it in the grumbles and murmurs of people when you change something as simple as the aisles in the grocery store. “Aisle 2 has ALWAYS been soups and snacks, now why in heaven’s name did they change it?” And God forbid don’t change the parking spaces at work, it’s an all out war. “I’ve been parking in that space for 10 years grrrrr…” Never mind that the CHANGE is so that there can be better parking spaces for everyone. Human nature is crazy and at times nuts! And if I wasn’t a human I’d… Okay, here’s another one, at the gym where I’m a member, abou
Post a Comment
Read more
More posts