Showing posts from February, 2017
Show all

Getting to Know God's Love... 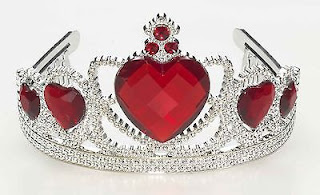 May I tell you a story?  Once upon a time, there was a princess who lived in a Kingdom that was ruled by a very just, kind and loving King, who was her father. This King was well known for His love and generosity, but the princess did not feel that she was worthy to have the honor of being His daughter. The princess knew all the bad decisions and wrong she had done in her life and knowing that if He, her father, the King would know her true being, surely He would never want to use her to represent Him in His kingdom. Sadly instead of trusting that her Father loved her, the princess listened to other voices, voices that said they represented the King...some well meaning, some not.  These voices told her that if she ever made a mistake in following her Father's wishes, she would miss any further opportunities to be used by Him...that she would "miss" any good that would have come to her and that it would be passed on to someone else. The voices, in an attempt to con
4 comments
Read more 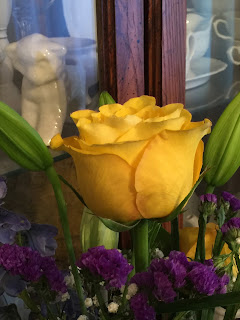 "  Blessed  be  the God and Father of our Lord Jesus Christ, the Father of mercies and God of all comfort,  who comforts us in all our tribulation, that we may be able to comfort those who are in any trouble, with the comfort with which we ourselves are comforted by God.   For as the sufferings of Christ abound in us, so our consolation also abounds through Christ."  II Corinthians 1: 3-5 January was a very gloomy month. A weather reporter on a local radio station even stated that this past January had a record number of cloudy days. Since it also is the anniversary month of my husband's passing...that added to the gloominess I am sure. During times like that, I have found that it is best to embrace the grief, to not try and run from it, but to allow the feelings to run their course and to seek God's comfort through it all.     Just for the record, embracing something and wallowing in it are 2 very different things.  To embrace it means to recognize it and w
5 comments
Read more
More posts