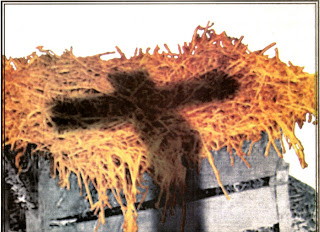 “…who, although He existed in the form of God, did not regard equality with God a thing to be grasped,   but emptied Himself, taking the form of a bond-servant, and being made in the likeness of men.   Being found in appearance as a man, He humbled Himself by becoming obedient to the point of death, even death on a cross.” Philippians 2:6-7 Christ stripped Himself of His deity when he came to earth as a little baby. He was the King of Kings and yet was born in a stable, one of the lowliest places. And yet in many churches today people create title after title to attach to their names. Christ was constantly humble never looking to draw people to Himself, but to God the Father; and yet many folks have created “personalities” in our churches that must drive the most expensive cars and live in the most expensive homes, all the while spreading a message that we DESERVE the best.   What we DESERVE for our sins we could not pay the penalty for…it was so bad that Jesus had to come to pa
2 comments
Read more

"He renews my strength. He guides me along right paths, bringing honor to His name."  Psalms 23:3 The Holidays can be so full of excitement and joy, but for some it is a season of depression and sadness.  I am very cognizance of hurting people this time of year. Mainly because this will be the 11th Christmas since my beloved husband passed away. I so sympathize with others that have lost loved ones and must experience the Holidays without them.  With all the hustle and bustle of celebration, when you are missing your loved ones, it can feel like you are sitting in the bleachers of a really exciting basketball game and not having a clue why everyone is so excited. It is so easy to then detach yourself from everything and everyone just to "survive".  And what is a very wonderful time of the year, to you, becomes a time of dread and anxiety to want it all to just be over. But here is one thing that I have learned...God loves us.  He has not forgotten us an
2 comments
Read more
More posts