- November 29, 2020
"Therefore we also, since we are surrounded by so great a cloud of witnesses, let us lay aside every weight, and the sin which so easily ensnares us, and let us run with endurance the race that is set before us..." Hebrews 12:1
"You don't need that router anymore Ma," my son said to me as he was checking out my new alarm system and WIFI. My response was "I want it to stay for sentimental reasons, you installed it years ago and I want it to stay." He laughed, and I'm sure chalked it off as me being over the top when it comes to "warm and cozy" about everything, but later it caused me to do some serious thinking.
When I had my new alarm system installed the technician informed me that I no longer needed the old router, because unless my settings on all my electronics were in sync with ONE router, they would not work properly. Whenever I turned on my laptop it would continuously bounce back to the old router by default, causing my other electronics to stall. I would have to change the router manually each time to get everything else to working...all because I did not want to let the old router go...
I hope that you are following me with this, Yah (God speaks to me in everyday scenarios) its so simple and clear to me what I needed to do...and yet...I was holding on to something that was obviously making life more complicated and all I had to do was to simply LET. IT. GO. I held on to the old router because to me it held comfort, I KNEW that it worked for me before; I held on it because it represented security and sentimentally it reminded me of my son's reaction to my need at the time..
This morning, I made a choice, its sounds so pathetic as I write this because it was just a matter of unplugging and removing a piece of equipment, but to me it was an "exhaling" moment. I had made a decision to let go of what was once helpful, secure and comforting, but was no longer needed for this part of my journey...
I know that you know where I am going with this. There are people and things in our lives that have been a blessing to us, a comfort to us, supplied a need and encouragement. The people or things are not necessarily bad for you, but you've reached a point in your journey that it/they are no longer needed to take you to the next level. It is never easy to let go, but positively necessary. By holding on, it causes you not to be in sync with what Yah (God) is working in your life, by holding on it causes other areas of your life to stall, be on indefinite hold or not function properly and when ever you try to move forward you bounce backwards to the old way of handling and doing things. It's time to let go.
No one has to tell you who or what those people or things are...you know and there is no better time than now. The "witnesses" that have gone before us are cheering us on the sidelines to make that move because they have already traveled this road and know what it takes to run this race successfully.
So...let today be the day to lay aside those people and things that have been a blessing at one time and with gratitude go forward, wiser, stronger and lighter on this road of life.

Popular posts from this blog

Are you Looking or Seeking?

“And you will seek Me and find Me, when you search for Me with all your heart.”   Jeremiah 29:13 Seeking…looking…what’s the difference?   According to Dictionary.com, the word “Look” means to turn your eyes towards something or to turn in some direction in order to see [a person, place or thing.]   Dicitonary.com also states that the word “seek” means to go in search or to be in quest for a certain person, place or thing. There are many scriptures in the Bible referring to and using the word “seek” when talking about God, not many about “looking” for God.   This made me begin to ponder the difference.   One example that stands out in my memory is the account about David, a shepherd at the time, and Saul who was made King.   Saul who had all the external attributes to be King was “looking” for that position, but David on the other hand just a young shepherd that spent most of his time out in the fields and hills watching sheep and praising God was “seeking” for God’s will in his life
Read more 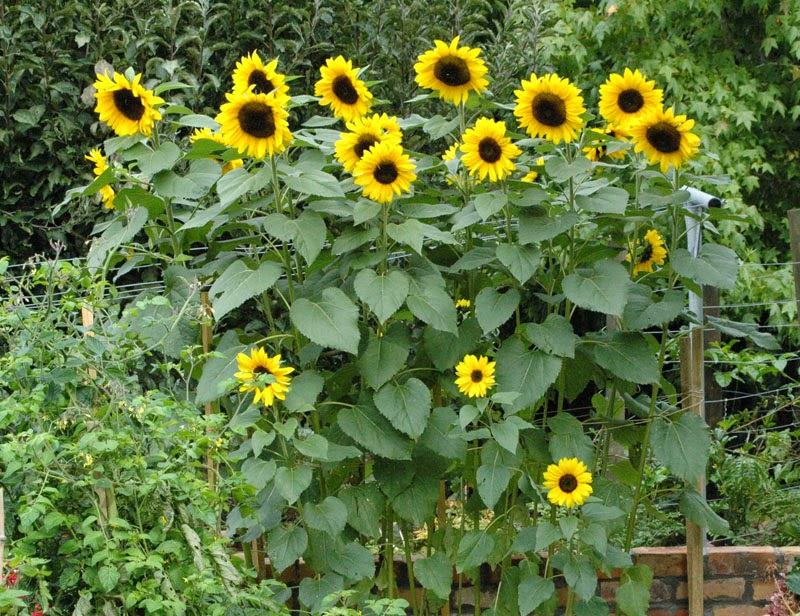 “Keep your face to the sunshine and you cannot see the shadows. It's what the sunflowers do.” -Helen Keller While riding around in my neighborhood I noticed that many yards and gardens were adorn with beautiful sunflowers. They stood tall and cheery above all the other plants and flowers with their bright yellow "faces" seemingly bathing in the summer sun...they make me smile.  So even though I did not plant any sunflowers in my yard or garden I did do a bit of decorating with some faux. (will attach pics at the end of this post.  But for now here are some facts about this cheery fun flower ...   •The stem of a sunflower can grow up to 10 ft tall and the flower head can be 11.8 in wide. •Sunflowers are very fast growing plants, in the right conditions they can grow 8-12 feet tall in six months. •As of 2012, the Guinness World Record for the tallest sunflower is 27 ft for a sunflower grown in Germany. •Famous Dutch painter Vincent Van Gogh did a seri
Read more

Does God care about our tears? 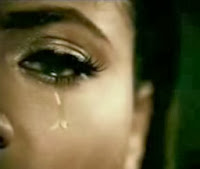 “Soon afterward, Jesus went to a town called Nain, and his disciples and a large crowd went along with him. As he approached the town gate, a dead person was being carried out—the only son of his mother, and she was a widow. And a large crowd from the town was with her. When the Lord saw her, his heart went out to her and he said, “Don’t cry.” Then he went up and touched the bier they were carrying him on, and the bearers stood still. He said, “Young man, I say to you, get up!” The dead man sat up and began to talk, and Jesus gave him back to his mother."   Luke 7:11-15 I suppose that most of my writings some say are about suffering and sad stuff…but I write what I am learning at the time.   I remember praying and asking God what was my purpose and I believe that the answer came back with a question. “What moves you the most?”   With that I realized that as far back as I can remember I was always so moved and touched by anyone or anything that was hurting.   Rather it wa
Read more